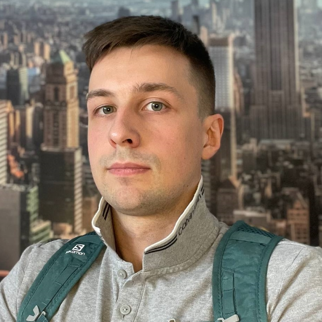 Nikita is a backend team leader and senior developer in the development team of a mobile e-banking application for individuals. In the past, he was an information security engineer. He graduated from the Department of Aircraft Radio Electronics at the MAI with honors. He worked for several years as an information security engineer using C# / .NET core stack. Then he started his career as a backend developer at Rosbank, where he developed mobile application backend microservices.

Stack: Java, Spring Boot/Cloud, PostgreSQL, Redis, Kafka, BitBucket, Jenkins, Openshift. He works a lot with distributed transactions and locks in terms of collecting, disabling, and updating client data. He also devotes most of his working time to Spring Security, the gateway, and OAuth 2.0 in terms of services for user authorization.